Average number of writers and publishers in each decade, based on Billboard's Top 10 hits of each year:

Songdex® is the largest database of music rights and related business information in the world, containing detailed, relational data on tens of millions of songs, recordings, and their owners, covering virtually all of the commercially significant music in existence. 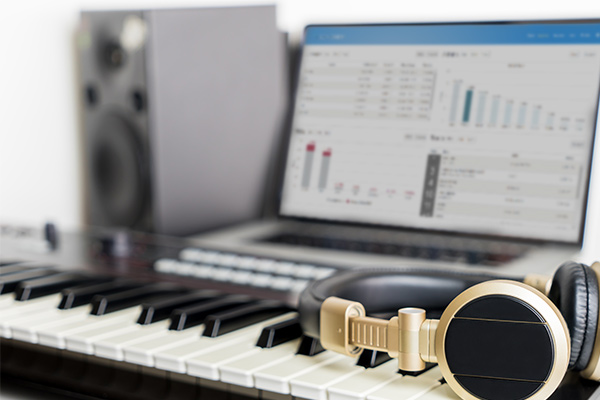 Los Angeles, CA (August 4, 2017): It's not your imagination: there has been an explosion in the number of songwriters and music publishers contributing to individual hit songs, making music licensing and rights administration increasingly challenging. Using data from its Songdex® catalog registry, Music Reports dug into Billboard's annual Top 10 hits from 1960 to the present and found that there is an average of four writers and six publishers associated with top-ranked songs in the 2010s - more than twice the number of writers and three times the number of publishers in the 1960s.

From the LP era of the 1960s through the 1980s, the numbers climb but not dramatically, with an average of approximately two writers and two publishers per song. The real spike begins in the 1990s, and happens to coincide with the emergence of digital music formats (MP3s, the launch of Napster in 1999), resulting in a market need for registration, licensing and reporting systems that could support not only the increased complexity in music rights ownership, but also the exponential consumption of digital music.

"Looking at the Songdex data, what's particularly interesting is that the increase in the average number of publishers per song is even greater than that of the number of writers," said Bill Colitre, Vice President and General Counsel of Music Reports, Inc. "This analysis underscores why music licensing, administration and royalty accounting is such a specialized area, and if a company can't maintain a refined, reliable database like Songdex® - for all music, whatever the era - they run a real risk of missing critical rights information."

Beyond having and maintaining accurate song data, the success of any music rights administration platform also depends on the reporting and payment systems that rely on that data.

"Music Reports has created a system that is easy to use, with reporting details that are clear and correct." - Anne Sete of publisher Graceful Samba Music.

"As someone who has created, tested and used a lot of music rights software, I very much appreciate the quality of Music Reports' Songdex® registry and reporting platform." - Anne Sete of publisher Graceful Samba Music.